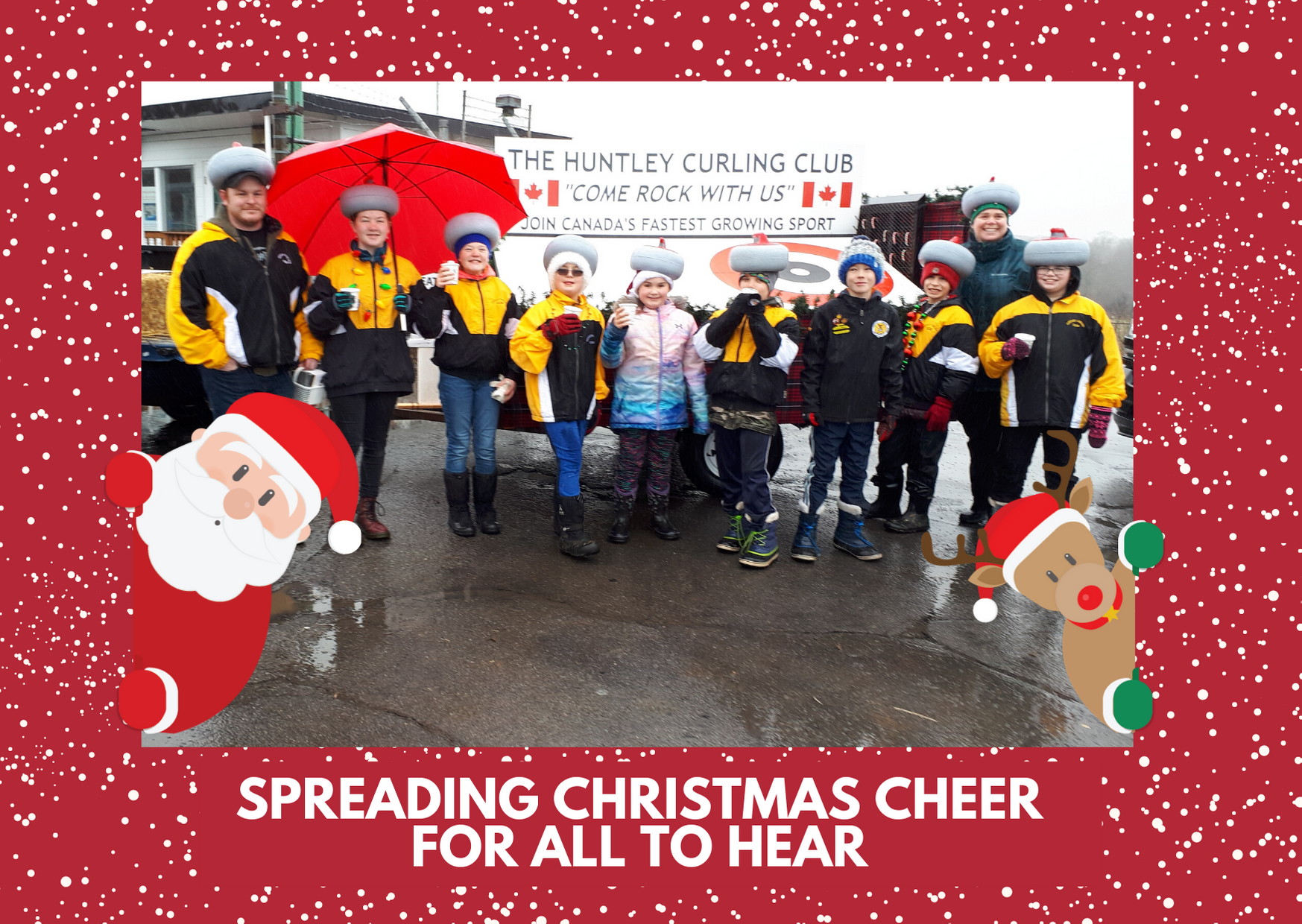 Huntley Curling Club would like to extend heartfelt thanks to our Santa Claus Parade volunteers!

What a great job the van Boxtel and Twining families did building such a beautiful float and thank you for driving the day of the parade.

During the parade they collected 12 large boxes of food that were sent to the West Carleton Food Bank.

Thank you so much for not only developing club spirit and enthusiasm for curling, but also for giving back to our community.